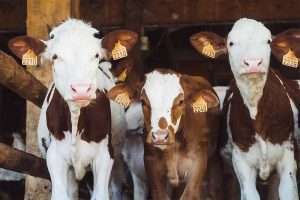 Tracing livestock and poultry movements during a disease emergency is a critical component of controlling and eradicating the disease locally or nationally. This process is only successful if animals and their origins and destinations are properly identified and recorded. The Premises Identification Number (PIN) system was created for this purpose.

Traceability, or the ability to track where diseased or at-risk animals are and where they have been, is important to ensure a rapid response when disease events take place. Although animal disease traceability does not prevent disease, it can be an efficient and accurate system to reduce the number of sick animals and the response time involved in a disease investigation. (USDA APHIS, Animal Traceability)

Accredited veterinarians are legally responsible for properly identifying animals and recording the identification on certain official documents, such as a certificate of veterinary inspection (CVI), test charts, and vaccination charts. It is essential that other individuals will be able to positively identify animals listed on these official documents.

The acceptable ways of identifying livestock and poultry include official visual ear tags, radio frequency identification (RFID) ear tags and implantable RFID transponders. Tattoos and brands are acceptable in some species for some types of movements. Details can be found in the summary of traceability requirements for livestock and poultry moved interstate according to the final rule that went into effect in 2013 [linked below]. Species covered under this rule include cattle and bison, horses and other equine species, poultry, sheep and goats, swine, and captive cervids (deer, elk, etc.).

Official identification devices, meaning tags or transponders, must use an official numbering system. The following numbering systems are recognized by the Animal Disease Traceability program: 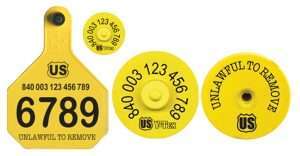 Producers and processors are encouraged to validate their PIN with SAHOs to ensure their data accurately represents the location of the animals, and not a residence mailbox or business affiliated with the animal premises. Validated PINs will speed up communication and response time during an outbreak. (Secure Milk Supply, p. 5-6)

Quick Facts About a PIN

A PIN is not the same as a Location Identification Number (LID):

How to Acquire a PIN

All 50 states, Puerto Rico and the U.S. Virgin Islands issue PINs. A livestock or poultry producer would contact their department of agriculture, either by phone or filling out an online application, to register.

Producers should be prepared to provide the following information to register for their PIN:

It is important to note that the number of livestock is not required. The information gathered at the federal level for premises registration is only intended to identify that livestock are present and not the numbers of animals of each species.

Each state maintains a premises ID program which varies in terms of the steps required to obtain the ID. Contact information for each New England state is below to either call or complete an online form.